Q&A with The Active Listener

James recently answered a series of questions for The Active Listener Blog's Nine Questions feature. As well as his usual outpouring of opinionated waffle he does also (eventually) touch on the subject of HFS and the progress with album number three:
http://active-listener.blogspot.co.nz/2015/02/nine-questions-with-hi-fiction-science.html?m=1
Posted by Hi Fiction Science at 14:36 No comments:

Well, it's been a long time since I provided any kind of update or communication on the micro-rock world of Hi Fiction Science so THIS IS THE NEWS......

Last year saw us sign to Esoteric/Cherry Red and the release of our album 'Curious Yellow' which was well received across the sprawling mass of online music blogs. In addition we picked up some national airplay on BBC6 Music and it even bizarrely saw us nominated in the 'Limelight' new artists category in 'Prog' magazine - resulting in a surreal night of myself (plus label mate and all-round top chap Duncan from Schnauser) getting suited and booted and mingling with some of the genuine Prog-Rock Aristocracy – Peter's Gabriel/Hammill, Steve's Hackett and Davis and even Fish who I accosted on a London street (Sorry Duncan !) whilst feeling a little 'tired and emotional' from too much wine and 'encouragement' from Cardiac/Knifeworld/Gong guitarist Kavus Torabi.....

This was made all the more strange by virtue of the fact that we really don't consider ourselves as a 'Prog' band – we're just doing our own thing and maybe we are 'progressing' the format of rock – but so has everyone from The Beatles to Joy Division, who cares, labels, schmables.

2014 ended with us being included in the 'Louder Than War' blog top 200 albums of the year at No. 57 http://louderthanwar.com/albums-of-the-year-2014-part-two-100-51/ let's not forget: “almost like modernist poetry turned into sound – it would make an amazing soundtrack for an avant-garde ballet. And if that’s not an endorsement, I don’t know what is…”

We didn't play anywhere near enough live shows last year which we hope to rectify in 2015 (on a personal note, I played a few solo slots supporting the likes of Bella Union's Zun Zun Egui and even a small Psych Festival in Wales to keep my hand in).

Whilst it was amazing to see Curious Yellow released 'properly' and to some small acclaim the story from our side is one of a long journey – the songs had been recorded piecemeal in the studio and overdubbed at my home studio and then studio mixed, all this over a duration of two years. In some ways a strange paradox, we loved it and were sick of it at the same time.

2015 and we find ourselves in a new home – an actual studio base that we can use to create, rehearse and record in, right in the heart of the city. This has made a massive difference to our creative freedom and we are rapidly seeing the fruits of our new environment. We have around an hour of new material.

I can only speak from my own perspective but I feel the rapid gestation is resulting in some pure 'English Voodoo' .....I'm being less polite with the guitar this time and it's got a bit of an upfront, swagger and presence. We've got several 'pure songs' that we've deconstructed and developed into 'grooves' but always staying true to our solid ethos of minimalism ('where can we strip it back', 'is it too obvious', make it more European, Kosmiche but not Kosmiche-Cliché).

We're going to build on the percussion we started using to greater effect on CY and listening to our rehearsal recordings (which always find me grinning from ear to ear of my headphones) I know we are on to something. Without wishing to notch up the melodrama, as I write I am in a personal state of mental and emotional turmoil and this is coming through me and being channelled into the music. It's quite 'dark' to use a somewhat hackneyed expression, but with enough hooks and strong beats to make you want to jump down the rabbit hole after us.

We've booked the stu-stu-studio from mid March and I hope we will have a finished album completed by the second half of this year. Stick with us and please spread the word...in a world of 'everything, always, now', butterfly minds that flit between social media flowers spreading the mundane, bullshit-reality TV, fame-hungry-mass-produced-so-called-music.....we are not the only light at the end of the tunnel, but we do have a torch and, if you like, we'll take you deeper into our Bristol underground......... 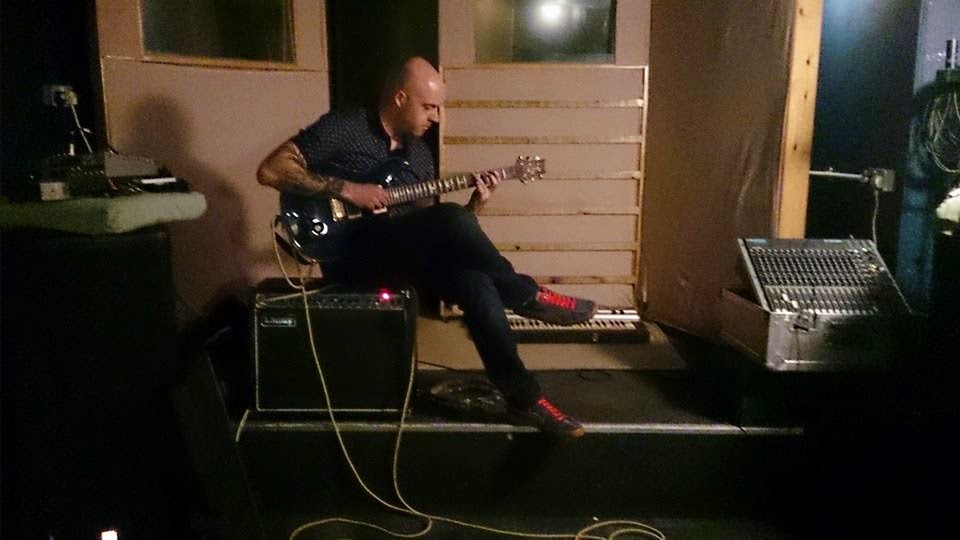 Posted by Hi Fiction Science at 14:12 No comments:

Esoteric Antenna have created a promotional trailer for the forthcoming album.

You can watch the Curious Yellow trailer and hear excerpts from the album here...

Posted by Hi Fiction Science at 06:04 No comments:

Poster for The Warlocks with Hi Fiction Science at The Exchange, Bristol. 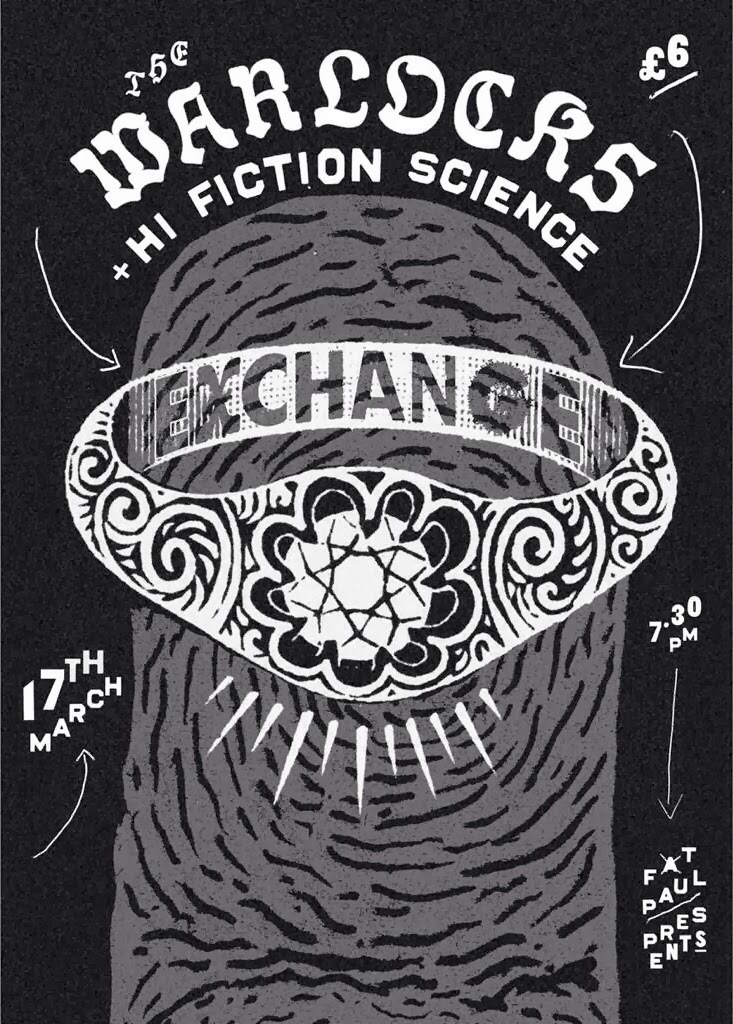 Posted by Hi Fiction Science at 09:18 No comments:

You can read the full article here...
Posted by Hi Fiction Science at 03:25 No comments:

We have a couple of gigs coming up in March previewing material from our forthcoming album 'Curious Yellow'.

We're really excited to be playing with US Psych/Drone dudes The Warlocks at The Exchange in Bristol on the 17th March.

Check them and "Shake, shake, shake the dope out" here: http://youtu.be/AG8kb20SmcE

We are also playing with I Am Horse on The Grain Barge on the 28th March. 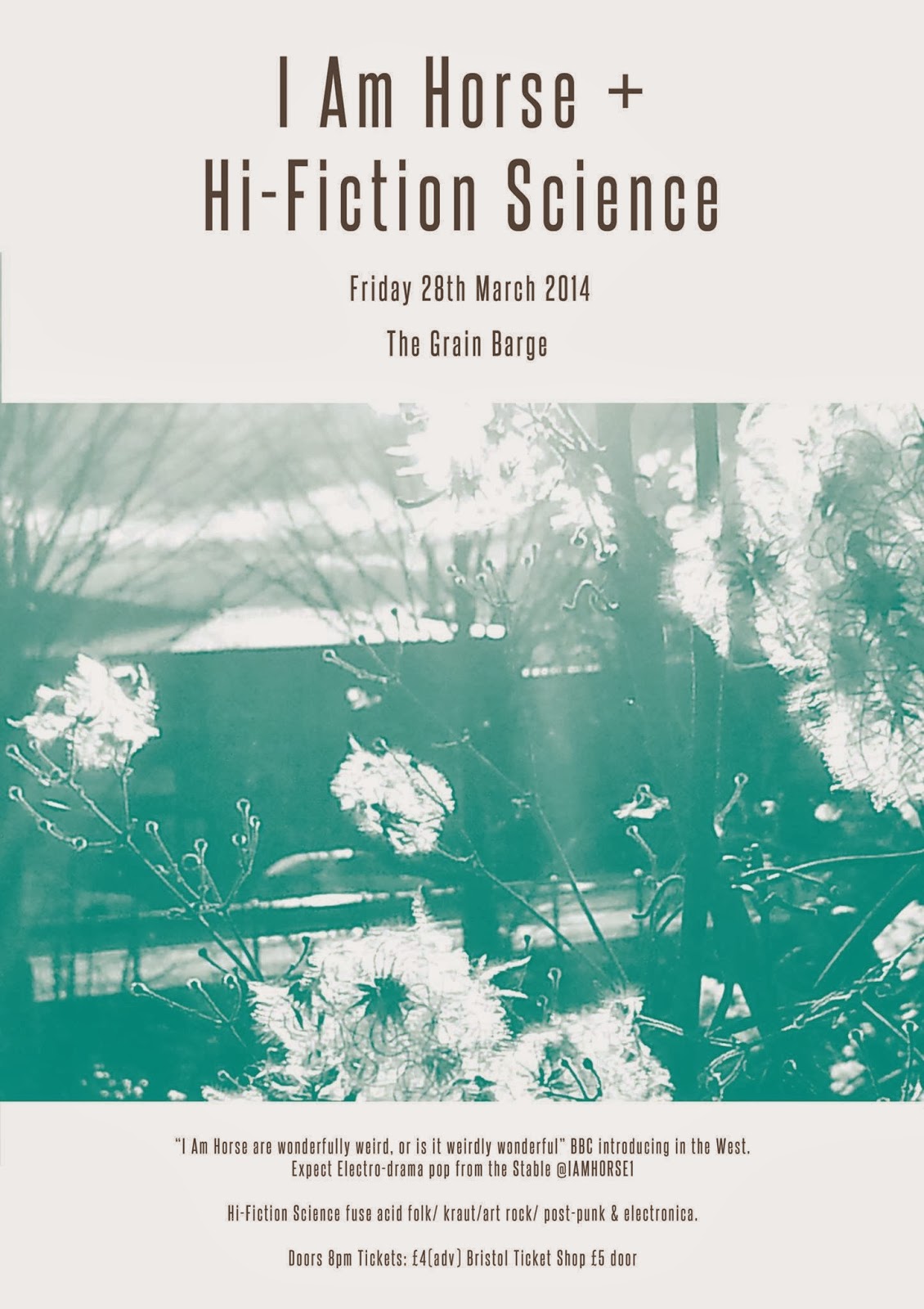 Posted by Hi Fiction Science at 07:02 No comments:


Bristol quintet Hi Fiction Science have signed with Esoteric Antenna Records.
The band, variously described as a “mix of angelic vocals and some great krautrock grooving” and “folk-tinged drone” will release a brand new album, Curious Yellow on the label in May this year.

http://www.progrockmag.com/news/hi-fiction-science-sign-with-esoteric/
Posted by Hi Fiction Science at 00:09 No comments: